Co-written in 2010 by Victor Zupanc and Kevin Kling, For the Birds is a concert length work that, on the surface, seems to be about birds. It features a series of musical pieces extolling the nature of each particular bird (sparrows, roosters, woodpeckers, Canadian geese, hawks), drawing parallels with our own human nature. Interspersed between, is insightful storytelling created by Kling reflecting on childhood memories, immigration, illness, accidents, and healing. However, just below the surface (but discernible to those that look), For the Birds is a work about that part of our human nature that compels us to reach beyond ourselves for more —more opportunity for our family, more money, more fun, more speed, more knowledge, more love. When all goes well, we call that need aspiration. When it doesn’t, and we plunge to the earth with melting wings, we call it hubris. Through utterly delightful music and a worldview only Kevin Kling can provide, For the Birds gives us the space to contemplate our nature, laugh at ourselves, and heal.

This recording of For the Birds was made possible through generous donations to Zeitgeist’s Commissioning Collective.

These poems were written as I was recovering from a motorcycle accident. I learned that to survive a trauma one needs two things; a sense of humor, and sense of self. Stories give us both of these. When I can tell a story of something it doesn’t control me anymore. Stories ask the big questions; where we come from before life, where we go after death, what is sacred, what is funny, and then even if the answers aren’t discovered, by the asking we know we’re not alone. I am especially thrilled to be working with Victor Zupanc and Zeitgeist on this project. I admire them greatly as artists and innovators and am very moved and impressed by their musical interpretation of these poems.
—Kevin Kling
Ever since I met Kevin Kling in the 1990s I have had the joy of observing the many, many virtues that pour daily from him including courage, humility, confidence, fear, honesty, determination and an unending generosity of spirit. He has always been a huge inspiration to me. When Kevin gave me these poems to look at several years ago and told me they were about various birds that he had observed while recovering in a hospital room I was immediately intrigued. When I read them I found a body of work that exhibited all of the aforementioned traits of Kevin’s and much more. These poems, for me, are about life and death, about sickness and health, about joy and fear. When a hawk dives to the ground and picks up a mouse the event is both tragic and jubilant depending on the perspective. Joyful for the hawk who’s about to feed his newborn chicks but tragic for the mouse who will never again see his babies at home.These poems speak honestly and transparently about strength and weakness, sadness and joy, about hope and uncertainty. They are about birds and also very much about humanity. In setting these poems I tried to create music that would honor and highlight and emphasize every nuance that I could glean from the words and the phrasing offered by Kevin. For me, musically, no style or influence was off limits. I wanted to create pieces that are uniquely individual, honoring each poem, but also a cohesive collection of pieces that are inseparable and flow from one to another informing the listener along the way. You will hear a multitude of styles and genres but also a vast trail of motifs that help to connect the dots. I knew from the beginning that Zeitgeist was the perfect vehicle to drive this piece. I also knew that I had to write Kevin and myself into the piece because that way I would get to perform with Zeitgeist and with Kevin Kling at the same time! And that is absolutely a dream come true.
​—Victor Zupanc 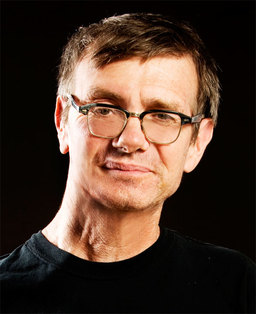 Kevin Kling is a well-known playwright and storyteller, and his commentaries can be heard on NPR’s All Things Considered. His plays and adaptations have been performed around the world. He lives in Minneapolis.
​
Kevin Kling, best known for his popular commentaries on National Public Radio’s All Things Considered and his storytelling stage shows like Tales from the Charred Underbelly of the Yule Log, delivers hilarious, often tender stories.  Kling’s autobiographical tales are as enchanting as they are true to life: hopping freight trains, getting hit by lightning, performing his banned play in Czechoslovakia, growing up in Minnesota, and eating things before knowing what they are.Kevin Kling describes his zodiac sign as “Minnesota with Iowa rising…” He grew up in Brooklyn Park and Maple Grove, Minneapolis suburbs, and graduated from Gustavus Adolphus College in 1979 with a Bachelor of Arts degree in theater. His storytelling started when a friend from the now defunct Brass Tacks Theatre asked him to perform his stories. Since then, he has been awarded numerous arts grants and fellowships. The National Endowment for the Arts, The McKnight Foundation, The Minnesota State Arts Board, The Bush Foundation, The Jerome Foundation and others have recognized Kling’s artistry.  In 2014 Mayor RT Rybak named Kevin “Minneapolis Story Laureate”.Kevin was born with a congenital birth defect — his left arm is about three-quarters the size of his right arm, and his left hand has no wrist or thumb  In 2001 Kevin was in a motorcycle accident and suffered brachial plexus injury (BPI). The brachial plexus nerves in his right arm were pulled completely out of their sockets. Currently, he has partial use of his left arm and cannot use his right arm at all.
Kevin Kling continues to write plays and stories in a rigorous fashion, and travels around the globe to numerous storytelling festivals, residencies, and has been invited to perform the acclaimed National Storytelling Festival in Jonesborough, TN for several years. Kevin has released a number of compact disc collections of his stories, has published five books, “The Dog Says How”, “Holiday Inn”,  “Big Little Brother”, “Big Little Mother” and “On Stage with Kevin Kling.”

Victor Zupanc, born in Canada, began his musical career studying violin and piano at the age of six at the Royal Conservatory of Music in Victoria, British Columbia. After receiving his Bachelor of Music Degree at the University of Victoria he earned his Masters Degree in Music Composition at University of California at San Diego in 1983.

Mr. Zupanc is a two time recipient of The Theater Critics Circle Award for his theater scores (A Man’s A Man, director: Robert Woodruff and Nineteen Fifty One, director: Ann Bogart) and was twice awarded with a Hollywood DramaLogue Award for his work, most notably for the acclaimed New York production of Romulus Linney’s Holy Ghost!

In 1989 he accepted and still retains the position of Music Director/Composer at the Tony Award winning Children’s Theater Company of Minneapolis (CTC). At CTC, Mr. Zupanc composes scores and conducts orchestras comprised of the finest professional musicians in the country. 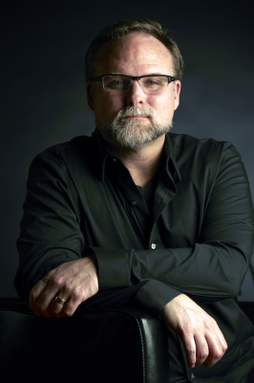 Known for his interactive electroacoustic chamber music and ecosystemic performance pieces, Miller has twice been named a McKnight Composer Fellow, he is a Fulbright Scholar, and his work has been recognized by numerous international arts organizations. Recordings are available on New Focus Recordings, Panoramic, Innova, Eroica, CRS, rarescale and SEAMUS, and his music is published by ACA (American Composers Alliance), Tetractys, and Jeanné.
​
Miller is a Professor of Music at St. Cloud State University, Minnesota, where he teaches composition, electroacoustic music and theory. He is currently President of the Society for Electro-Acoustic Music in the U.S. (SEAMUS). He holds degrees from The University of Minnesota, The University of North Carolina – Chapel Hill and the State University of New York at Oneonta, and has studied composition at the Czech-American Summer Music Institute and the Centre de Creation Musicale Iannis Xenakis.